04 Apr A Taste of New Orleans

I woke up hungry for the Shrimp & Grits from Ste. Marie’s. Yep, for breakfast. 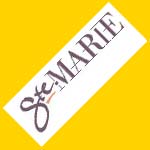 My mind immediately went to the meal I’d enjoyed just a few weeks ago at Ste. Marie’s in New Orleans. The menu described this dish’s ingredients as: “tasso, stone ground grits, Abita Amber reduction.” An avid cook myself, and one who lists Cajun as her favorite, I am determined to replicate this incredible dish.

I didn’t dare ask for their recipe, but after a good bit of research, here’s what I’ve put together:

Tasso is a highly seasoned smoked pork commonly used in New Orleans dishes. You can either make it yourself or order it online. Here’s a recipe from NOLACuisine. Or you can order it online from Poches Market.

Abita Amber is a beer brewed just north of New Orleans at one of the oldest craft breweries in the US. With a quick check, I should be able to find it in my neighborhood Publix.

Stone Ground Grits can be found in most grocery stores south of the Mason-Dixon line. For those of you not lucky enough to live here, just order them online from Palmetto Farms or another one of the many sources. 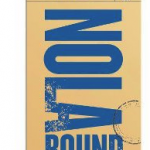 It was the third day of our NOLAbound excursion and I was beginning to feel fatigued. Our New Orleans hosts had scheduled us pretty tight. I was not looking forward to our lunch near as much as I was to the 2-hour break afterwards.

We never got that break ~ never got it because of our dining experience at Ste. Marie’s. I could’ve stayed all afternoon.

The menus arrived, and as with most large parties, there was a pre-determined menu with few selections. We had the option of alligator soup or French onion as a starter. For an entree, it was either fish of the day, shrimp & grits, or steak frites.

As you can imagine, several of us daredevils delighted in challenging our entire table to try the alligator soup. All but one of us rose to the occasion. So glad we did ~ it was a delicious surprise. But it was the shrimp and grits dish that brought on the Hail Marys.

Ste. Marie owner, Robert LeBlanc was with us the entire afternoon. He was constantly working our tables, making sure we were all served properly, our drinks were refilled, that we were content. He’s just that kind of guy.

And probably why he’s so successful. At the young age of 33, he’s already figured out what makes customers happy. You see, “Ro”, as called by his friends, has the midas touch with everything he’s touched: Republic, LePhare, Ioa, Capdeville, Sylvain, and Ste. Marie – all success stories.

After a brief stint in finance in NYC, Robert founded a record label with his friend. Finding the hip-hop and indie business less than fulfilling, he went looking for other opportunities. When Hurricane Katrina hit he felt the tug to return to his hometown, the city that had been in his bloodline since it was founded more than 250 years ago.

Asked if he felt New Orleans was a town for entrepreneurs, Robert said (in MyNewOrleans.com): “Yes. It is, maybe with the exception of Paris, Rome and a few others, one of the most universally beloved cities in the world. So everyone is cheering for us and watching us.”

“As such, if you can make something happen in New Orleans, people in the rest of the country and world will notice it. You can garner an international audience by being based in New Orleans in a very affordable, nurturing community. It’s the only place to be.”

He was a delightful host. Not bad on the eyes. And he certainly knows how to hire one helluva chef.

It’s a good thing. Apparently his cooking skills are limited to grilled cheese and pop-tarts.