22 Mar NOLA: Story of a Diamond

Who would ever believe this story?

Only in New Orleans: On Friday night, after all the pre-planned activities were over, a bunch of our NOLAbound members embarked on Frenchmen Street, a two-block long stretch of street full of music joints. You never know who might pop up playing on any given night on Frenchmen Street.

To make a long story short, way into the wee hours of the morning our crew straggled into the hotel. One of our New Orleans ringleaders, Zoey, stopped short when she realized she had lost the 2-carat diamond out of her ring.

NOLAbound member, Charlie, chimes in that as they had waited for the cab, he found himself playing with a shard of glass in a crack in the sidewalk. He insists they go back.

{ Now, you must understand that these young revelers had covered a lot of territory on this 2-block stretch. They had even participated in spontaneous street dance that included a surprise appearance by Kermit Ruffins } 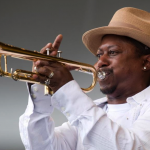 As you can imagine, this gang was “a tad” inebriated and Charlie’s offer sounded like an open invitation to continue enjoying the evening. So, in the cab they hop and head back to Frenchmen Street – the whole bunch of ’em. Who in their right minds would believe a shard of glass, seen through the beer-glazed eyes would be the lost diamond?

Sure enough, that little piece of glass, stuck in a dirty crack in the pavement on Frenchmen Street was Zoey’s lost diamond.

Hence, a perfect description of a scrappy ol’ town whose past has been a bit tarnished, but whose spirit shines bright through the crack.

Where else can you find a diamond in a dirty crack?

This photo was taken by Robert Fogarty for his Dear World Project.