I arrived five days ago with my preconceived ideas of what New Orleans would be. 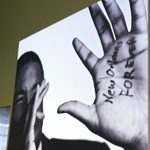 Today I came home with a totally different impression.

The New Orleans I now know is alluring, taunting us to re-think our future. It’s drawing us in with tax incentives, concierge services and start-up funds. (More on Incentives)

This transformation is the result of one of the most brilliant, most perfectly executed city marketing campaigns I’ve ever witnessed . . . up there with “Virginia is for Lovers” and “I Love New York!”. beNOLAbound, New Orleans’ creative, out-of-the-box attempt to affect its public perception has truly been a success.

{ 2.5 million people read a tweet as a result of this 5-day NOLAbound project. No telling how many more read about New Orleans on Facebook, on a blog and other social outlet. Not bad for a first-time experiment. }

Remember going to overnight camp when you were a kid? Your parents dropped you off with kids you never met. It was awkward that first few hours, but within 24 hours you formed bonds that lasted a lifetime.

That’s what these folks in New Orleans created, a camp for us adults. They invited 27 adults from all over the US to come to their city for a fact-and-fun-filled five days. They scheduled our days from dawn to midnight, leaving us no time to get homesick. The food was great, the weather ideal. We even had to write home about our experiences.

Their experiment in docu-tourism worked. It was a brilliant success. Four or five in our group made the decision to either move or open a branch office there. I’m just back in my Atlanta office and this morning alone, I’ve had seven phone calls asking for details.

New Orleans now has a group of people who came to their city and fell in love with it. We drank the Kool-Aid, ate the s’mores. Between now and the next time we meet, we’ll tweet, blog, facebook – we’ll delight in sharing our ‘camp’ stories.

We might even send our children to college in New Orleans, not to mention our grandchildren.

Our beNOLAbound group plans to meet back in New Orleans mid-October for the release of our documentary which will premier at the 2012 Film Festival.

Until then, Kumbaya, my friends. Kumbaya.

The song, Kumbaya, (led here by camper, Stan Gill) usually sung around campfires, is associated with human and spiritual unity, closeness and compassion. How fitting.