I left the apartment a little after 8am and didn’t return til almost 1. I figure I walked between 10 and 11 miles this morning. I planned to have a light day because the 12th arrondissement was supposed to be somewhat boring. NOT.

I got out early because I wanted to observe people going to work. The first thing that was immediately apparent was that every woman I saw had on black pants. Yes, black jeans, black leggings, black suit pants, black whatever. Secondly, I was struck by the amount of people, all ages and stages, who rode bikes or scooters to work. And not one of them wore a helmet. 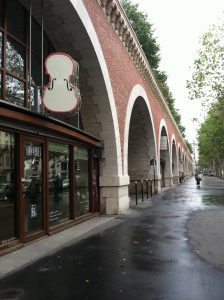 The crown jewel of this area is the Viaduc des Arts and the Promenade Plantee. Similar to the High Line in New York, this old elevated rail bed has been converted into a park-like walking trail. Underneath, between the trestle arches, are artisan shops – everything from china painters, violin makers, jewelry designers, even needlework designers.

I walked all the way to the Bois de Vincennes, the huge park just outside the city limits. It’s a very natural park, parts of it a bit disheveled looking. I must admit, though, that as I strolled over a curved bridge and looked across the lake, images of the great Impressionist paintings seeped into focus. I could only imagine the picnics they had in this great park, alongside the lake. 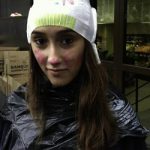 But today’s best vignette was the group of college kids I came upon. Seems the upper classmen have a tradition of hazing the newbies. They put diapers on the freshmen’s heads, wrapped them in garbage bags, taped two of their legs together, painted their faces, and the girls donned tampon earrings. All this to raise money for a philanthropic cause. 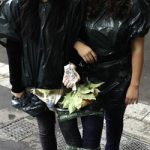 Yes, I gave them a few bucks. But as I walked away, I realized I had just been scammed. Hell, I have college-age kids. The only philanthropy that money is going toward is the beer pong kitty.