103 artists worked for over a year and a half, illegally, in dark tunnels and in fear of being arrested, to showcase their contemporary art form. When finished the show’s creators unveiled “The Underbelly Project” for only one night, allowing a single reporter to roam the dark cavernous tunnels. Ninety minutes later the project was sealed, shut in a virtual time capsule. 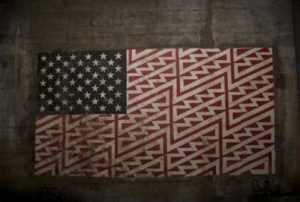 Only the creators and the participating artists know what lies beneath the hustle and bustle of Manhattan’s busy streets. Art collectors can’t buy the artwork, The public can’t see it. Perhaps an urban explorer, one who prowls the city’s underworld, might get lucky enough to catch a glimpse.

Workhorse, a well-known street artist in his 30s, and PAC, a less established 20-something came up with the concept in 2008.

The New York Times reporter recounts the experience: “The difficult process of getting to the Underbelly space — which involves waiting at an active station’s platform until it’s empty, slipping from it into the damp and very dirty no man’s land beyond, and traversing that to get to the old station’s entrance…” He describes the obvious risks by quoting Charles F. Seaton, a spokesman for New York City Transit: “Trespassing, punishable by law,” and said “anyone caught defacing M.T.A. property is subject to arrest and fine.” 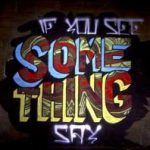 After being silent for a year, the creators of this massive project felt it was important to share with the rest of the world. They will be hosting an exhibition during Art Basel in Miami. Time lapse videos, a walkthrough of the station and unique artifacts will give the world a glimpse into this dark corner of the world. I will be there.