Today was the first time I felt unsafe in any neighborhood in Manhattan. I came out of the subway station at 125th street in East Harlem and immediately felt intimidated by the hoards of young men hovering around the subway entrance. Across the street a group was forming around two young men who were screaming obscenities at each other. I saw what clearly looked like a drug deal going on at the end of the block. My intuition told me to turn around and go right back into that subway station and get on the next train out. But I didn’t.

I promised myself that I would do every single neighborhood on the island so I knew I had to keep going. The negotiation in my mind started, “If I can just walk to the next subway station I can at least say I’ve done this area.” “Just take a few quick photos, Lisa, and you can prove you did it.” “Your safety is more important than this stupid project, Lisa.” Just one station was my goal. That was about six blocks.

With my shoulders back and my chin high, I tried my best to look confident. Just kept walking, and walking fast. Even the cops knew better than to hang out in this neighborhood. Didn’t see a single one in sight.

I walked 60 blocks that day. And to my surprise, I believe East Harlem and Spanish Harlem might go down as my favorite neighborhoods. The streets are rich with museum-quality artwork. The restaurants serve true cultural dishes usually only found south of the border. Music playing from open windows fills the streets. I’ll go back to this neighborhood, but next time I’ll take someone with me.

Below’s only a sampling of what I saw: 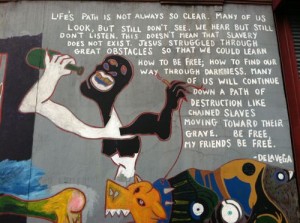 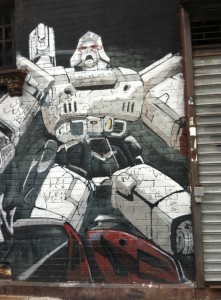 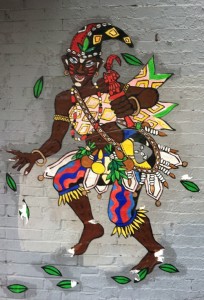 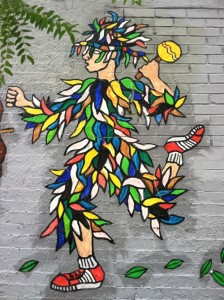 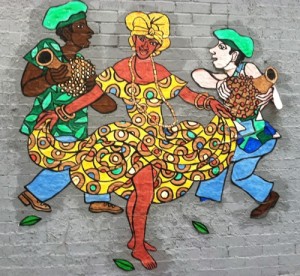 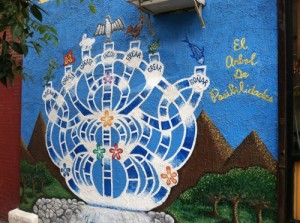 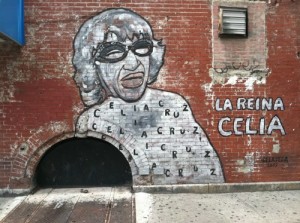 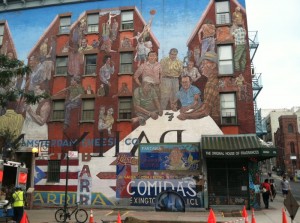 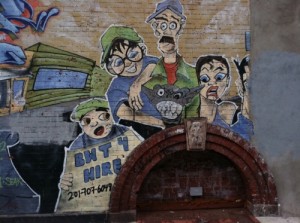 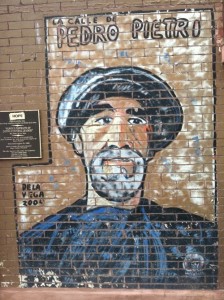 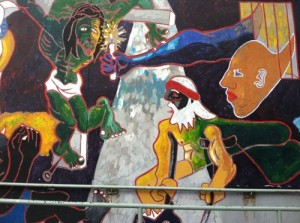 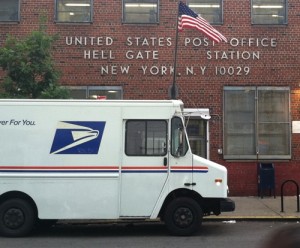 Wouldn’t you hate to tell people you lived in Hells Gate? Wonder what the motivation was behind giving this community such a wretched name? 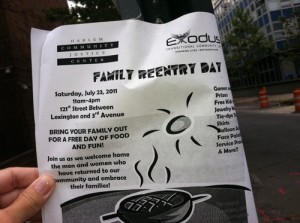 This flier gave me a taste of what type of community I was visiting. It was posted on the phone pole, inviting people to come to a neighborhood Bar-B-Q, welcoming home prisoners who had served their terms in prison. A Re-Entry BBQ. 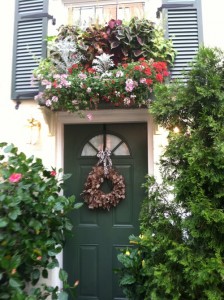 . . . and finally, a doorway where the local florist must live!