10 Apr At the Art Gallery

Just got home after three quick days in New York. There’s so much to write about, so many stories I want to share. But I was particularly touched by one late in the day, just as I was about to leave for the airport.

I’m dying to tell you about meeting with Martha Cooper, one of my most fascinating new friends. I’m also anxious to share what I learned from Nicole Kenney, co-author of the “Before I Die I Want To” project. Both women are such inspirations to me.

I’m also bursting at the seams to talk about the work we were in the city to do but I’ll wait for another time. It was so stimulating working alongside Ally, Travis and Katie as we traversed the city, shooting everything from skylines in the Upper West Side to mural art in Spanish Harlem. At twice their years, this ol’ body did its best to keep up with them. It was so fun. I learned so much. 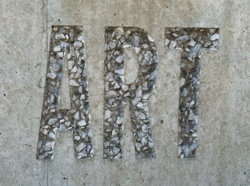 With a little under three hours to spare before my flight departed I squeezed in a visit to MoMAPS1, the oldest contemporary art institution in the United States. Located in the Queens neighborhood of Long Island City, it was conveniently on my way to the airport.

PS1 is different from most museums as it known for presenting the most experimental art in the world. Unfortunately, I hit it at a time when they were packing up a large exhibit. But since I had only a short window, I got to spend plenty of time with the few exhibits that were left. 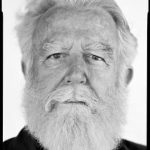 I especially loved “Meeting” by James Turrell. At 69, he is an American installation artist best known for working in light and space. This long-term exhibit is a square room with high-back benches, slightly reclined, lining each of the walls. As you look up you see the sky through a rectangular opening cut directly out of the roof of the building. 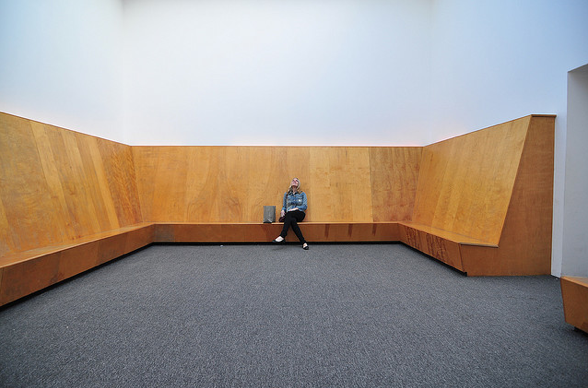 Turrell describes the ambiance of this room as, “There’s this four-square seating that’s inside, seating toward each other, having a space that created some silence, allowing something to develop slowly over time, particularly at sunset.” It’s been described as one of the “The 50 coolest places in New York City right now.”

The rays of sunshine coming through the ceiling cast shadows. Large triangles, big foreboding shapes fell across those of us sitting in the room. The sounds of the city below were muted, the warmth of the sun enveloped us.

It was in this space that I witnessed a sweet little vignette. Across from me sat a young couple – in their late 30s or so. She was dressed in artistic attire, loose baggy pants topped with two or three layers, patterns that didn’t match. She wore no makeup. Her skin was pale and pure, reminding me of what I envisioned a vegetarian’s might be. Her hair was tossed about, unshaped, a bit disheveled. She was in her element in this room, fully absorbed by its aura.
Beside her sat who I imagined to be her husband. Every hair in place, he was in a starched blue shirt and crisply-pressed khakis that looked as if they were right off the racks of Brooks Brothers. His polished loafers and his alligator watch band painted the perfect image of your Wall Street broker. He sat tall with a hint of tenseness to his posture. Behind his tortoise shell glasses, his eyes darted about the room as if looking for some sort of reasoning, some hint of what he was supposed to be sensing by this exhibit. He was at a loss, obviously not comfortable with this modern art form. It was very sweet to me that he was there for her.

After a few minutes he reached for her hand. I’m not sure if it was his signal that he was ready to go. Or maybe it was his way of honoring her by trying to understand the space in which she resided.

Either way it made my day.