Meeting Graffiti thru the Lens of Martha Cooper

11 Jul Meeting Graffiti thru the Lens of Martha Cooper 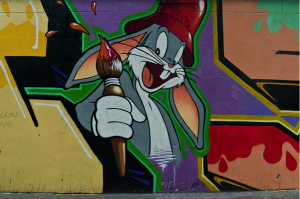 Bingo! I found an entire site devoted to graffiti in Paris: parisgraffiti.com Although it loads slowly, it’s so worth looking at this artwork.

Okay, peeps, I can hear many of your eyes rolling. You see graffiti as the defacing of public property. What you might not know is that many pieces are actually commissioned. Just like the old Coca-Cola and the See Rock City murals of the past, graffiti – or urban wall art – is becoming quite hip in the ‘ahhhht’ world.

I’ve contacted a woman in NYC who’s made a career out of photographing graffiti all over the world. She and I are set to meet mid-August. Keep your fingers crossed that she’ll let me in on some of Paris’ hidden secrets. 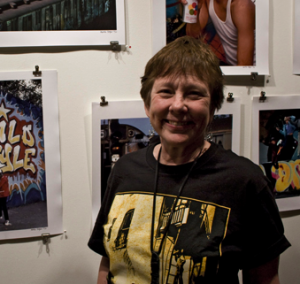 This photographer, Martha Cooper, is an American photojournalist born in the 1940s. After graduating from high school at age 16 she earned an art degree at 19 then went to teach English in Thailand. Later she rode her motorcycle from Bangkok to London to earn another diploma, this time from Oxford. She worked at National Geographic and New York Post. That’s where the graffiti bug bit her. National Geographic, The Smithsonian, and Natural History Magazine are among the many publications that have featured her work. She’s published many books.

Tell me she’s not led an interesting life. I can’t wait to meet her.

{these two graffiti photos can be purchase online at parisgraffiti.com}