My back hurts, my legs, my shoulders, my whole being aches. I probably should have stayed in today, but I’m not made that way. Unfortunately, GOT-TO-ACCOMPLISH is my mantra.

My first thought this morning was how good this change of scenery has been for me. Most mornings in Atlanta I go through a robot-like routine. Wake up, walk downstairs, turn on the coffee pot, take the dog out for a pee, check email, feed the dog, pour a cup of coffee, go to work . . . the same thing every morning, for years. 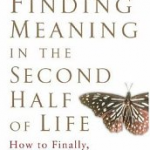 I’m re-reading a great book, “Finding Meaning in the Second Half of Life” by James Hollis, PhD. In it he describes three people ~ a tired commuter, a depleted homemaker, a businessman with his third martini ~ all who made deliberate decisions to get out of the routine, away from the comfortable, the known and enter what he terms, ‘The Dark Wood.” He goes on to say, “each of them experienced an insurgency of the soul, an overthrow of the ego’s understanding of self and world, and a rather demanding invitation to live more consciously in the second half of life.” This book had a big influence on my decision to come to NY . . . and the title of my blog. I hope you’ll read it one day.

That being said, I felt a calling to get outside my comfort zone today and do something different, something a little on the edge. I can hear my mother saying, ‘don’t go anywhere you’d feel threatened.’ I was a tad uneasy about heading to the northernmost edge of Manhattan but what I found when I arrived was nothing at all to fear.

I rode the 1 train all the way to the last stop in Manhattan proper, the 215 Street stop. I exited the train and decided to walk across the Broadway bridge just to say I had seen d’Bronx!  Yes, I was a bit nervous, but as I looked around I saw what looked like a lot of hard-working folks. Many spoke Spanish, many dressed differently from me, but none looked threatening in any way. I felt ashamed that I had even entertained such thoughts.

The buildings weren’t nearly as pretty as they’ve been in other neighborhoods. The parks weren’t as well landscaped. The trash on the streets was a little more pronounced. But that’s ok, I loved being in this neighborhood.

The parks were full of moms and their children, the streets were bustling with vendors and shops. The smell of tamales and enchiladas filled the air. 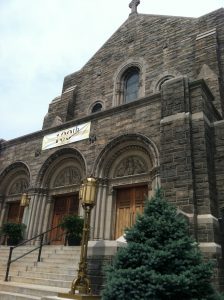 I stopped by a beautiful church, the Church of the Good Shepherd, and as I peeked inside, I saw one of the Capuchin Franscican friars just beginning their noon mass. I sat on the last pew and participated in Communion with the 100 or so in attendance. 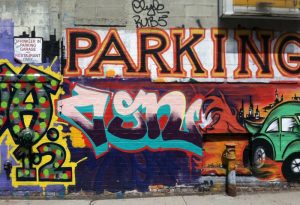 As many of you know, I am mesmerized by graffiti. This neighborhood had some of the best.

At the end of my walk I stopped to ask one of the street vendors, in my rusty Spanish, which bus to take back downtown. He leaned over to his teenage son and told him to escort me up a block and over another to the main bus terminal. When I insisted I could go alone Dad wouldn’t hear of it.

So, Washington Heights, Inwood, Fort George: I enjoyed my visit. New York is such a friendly town. It might give us Southerners a run for our money!